Probably should have just made it a Disney Plus series. Movies try to fit too many books into one film.
Though, you’re better off just listening to the Richard Roeper review. This movie really isn’t deserving of only 14% good reviews.
It is nice to get a Summer movie at home. Artemis Fowl isn’t as magical as a Harry Potter movie. It is a nice present to enjoy at home. When you can’t go to theaters though.
I can’t say Artemis Fowl is bad or as bad as a movie that has gotten 14% good reviews. There’s more story than a Bayforners film.
If you think about it, what classic Fantasy from the 80’s did critics actually like ? So why listen to people who hated the Labyrinth, Return to Oz, Willow, The Neverending Story....
Artemis isn’t as memorable as any movie I just mentioned. However it has some charm and better than a weaker Disney Fantasy, A Wrinkle in Time.
Performances wise. Josh Gad and
Lara McDonnell are the only ones who stand out. Well, not just because Gad borrowed Hagrid’s look. Lara McDonnell makes a charming fairy.
Ferdia Shaw is the least interesting and he is Artemis. Since I wasn’t sure if he was actually trying or not. He also doesn’t really get much to do.


More faithful than the live action movies. That thought fart jokes were a must. Mathew Lillard as Shaggy and Linda Cardellini as Velma is about all they got right.
This film is for Scooby-Doo fans. As well as Hanna Barbara fans. It is charming cute and funny. Even if Shaggy may not sound enough like Shaggy for some fans. Matthew Lillard’s Shaggy is still hard to beat.
Some also may miss that it doesn’t have an old fashioned Scooby-Doo Mystery. The film does at least do the characters justice. As well as the extra Hanna Barbara characters justice.


The action is fine and there’s a great cast. Yet 6 Underground fails to be a good movie. Due to Michael Bay once again putting action and explosions before story.
If he focused on that more. He would actually be a good director.


Much better than 6 Underground which was all fine action and no plot. A plus is when you have a good cast, nice locations and fine action, and no Michael Bay.
I wouldn’t mind seeing more Tyler Rake movies. Hemsworth kicks ass as him. It’s probably his best role next to Thor. He takes on many at once in John Wick like fashion.


In Onward, magic is like playing outside. Once technology came along. Everyone stopped going outside and going on quests.
Ian (Tom Holland) and his older brother Barley (Chris Pratt) discover a wand and a spell. That can bring their late father back for a day. Who Ian, never met.
Together they go on a quest to get a gem that together with the wand. Can bring back their dad. There’s some road trip movie cliches. Whether it’s a fairy version of a biker gang or not.
As soon you see the biker gang, you know there will be a fight with them. After someone does something to anger them. Like, the most cliche thing as to knock over their bikes for instance.
The film still tugs at your heart strings though and might get a tear or two out of you. It is touching and cute even if is not Pixar’s best. Though more memorable than any Cars film.


Trolls: World Tour has Poppy (Anna Kendrick) learning that there’s more Trolls. Each tribe represent Rock, Pop, Country, Jazz and etc. Rock wants to make every tribe Rock and Poppy sets out to stop her.
It’s weird the Bergen’s who were a huge part of the plot for the first film. Aren’t in this film or even mentioned.
The soundtrack might even better than the first movie. With hit songs from every genre. Story wise though it is mostly about diversity and everyone getting along.
Originality wise, it feels like Smurfs the Lost Village with Trolls and a lot singing. Kids should enjoy it. Grownups will either enjoy it or find the film too noisy throughout.


Another watered down PG-13 Horror movie. I do find a lot of the concept interesting though. Fantasy Island has a good cast as well. I definitely don’t think it’s as bad as critics say.
It almost feels like the 80’s movie Wax Work but with Fantasy Island. When the film starts having twists, that’s when it falls apart though. Since the twist feels forced.


Bill Murray I think was the only memorable thing about the first movie, sue me. I actually enjoyed this movie more. It’s goofy but very entertaining and funny.


A fun thriller with Shia Leboeuf in good form. As Kale who is on house arrest after punching a teacher. Due to boredom he starts spying on neighbors with binoculars. He soon starts to suspect his neighbor Robert (David Morse) is a killer.
No one believes him but his best friend Ronnie (Aaron Yoo) and cute girl next door Ashley (Sarah Roemer). Kale’s obsession with Robert puts them all in danger. Including Kale’s mom (Carrie-Anne Moss).
Spoiler: Though Robert deciding to go after Kale and his mom. After Kale called the cops on Robert fools them and they leave. Makes no sense. Since it only would make Robert guilty if Kale and his mom suddenly disappear.

The Girl in the Spider's Web review


Rooney Mara was nominated for Girl with the Dragon Tattoo. Despite that I heard she wasn’t even asked to come back. Also no Daniel Craig. So that made me not want to check this out. They also skipped 2 or 3 books to adapt this one.
Claire Foy surprisingly isn’t bad either though as Lithbeth. Sverrir Gudnason doesn’t stand out as much as Craig as Mikael though. The movie is decent but the Girl with the Dragon Tattoo is better.

The Machinist
2 years, 6 months ago
jim222001 added 21 items to The Best of John Travolta list 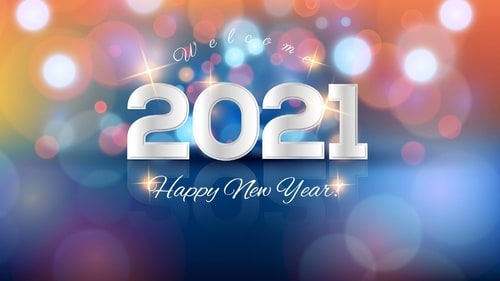 lalaman
Posted: 2 years, 1 month ago at Dec 15 12:22
Good morning, I hope you're well! I have created a list of the best lists of 2020 and I have nominated your list(s). Check it out, and if you have any more lists you would like nominated please let me know, same goes for other peoples' lists!
List link: www.listal.com/list/best-lists-of-2020

I'm currently working on a new project and maybe you could help me out.

You just need to click on the link underneath and provide your 10 favorite movies.